April 13, 2014
One thing leads to another: with Restore Cootes' founding focused on Cootes Drive's negative impact on habitat, further historical research deepened our understanding of the massive changes wrought on this special place by human development. Our selected chronology touches on some key moments in the pursuit of restoring the natural connections lost to car-centric development, and the amazing opportunity we are presented with today to gain ground, literally, for rehabilitating the ecology of lost floodplains and specialized habitat. 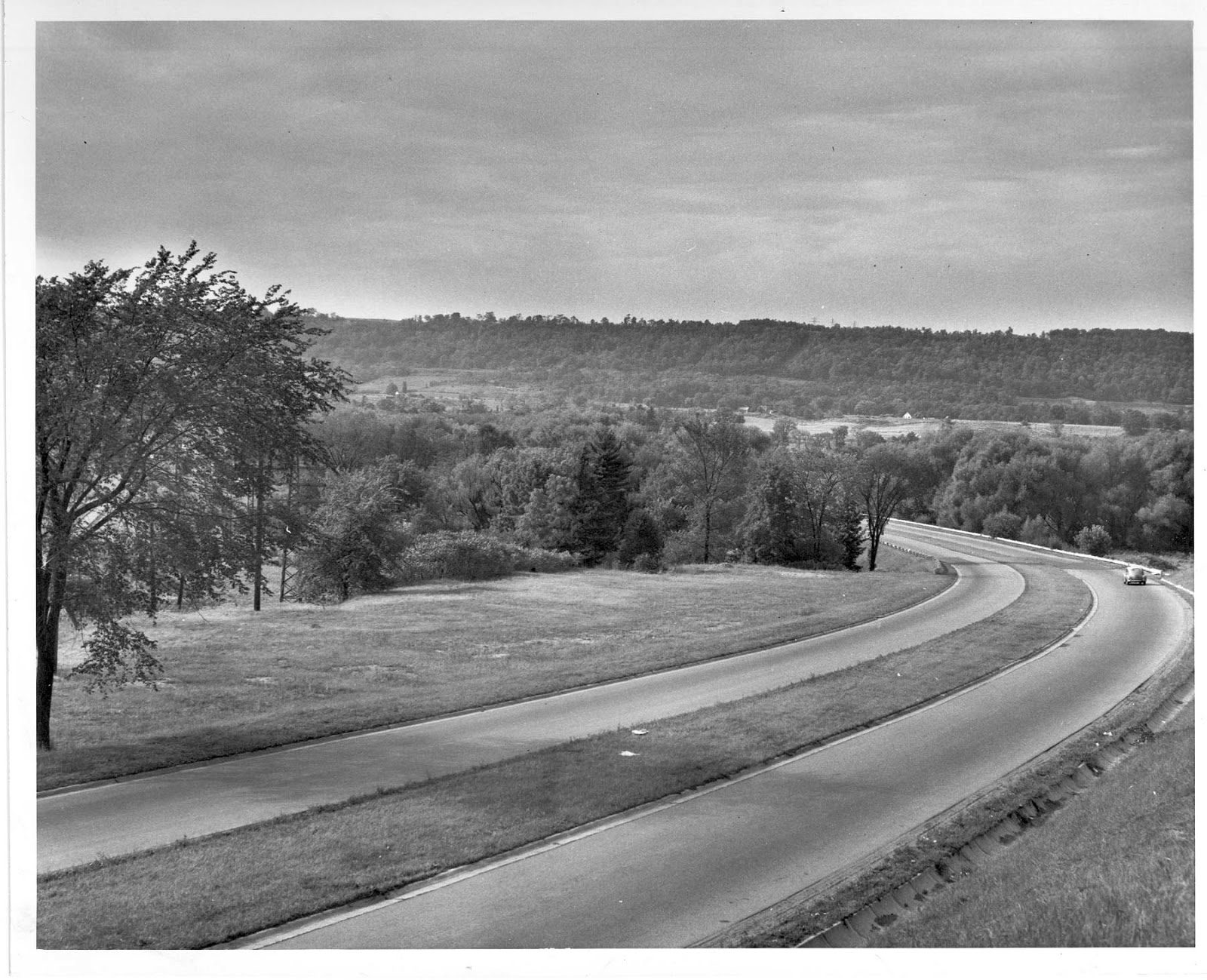 March 2002 - Reading through the McMaster Campus Master Plan reveals a project on paper that we will later pursue on the ground:

“7.3.12 A number of opportunities exist for campus development to contribute to enhancing the water temperature, water quality and fish habitat of Ancaster Creek. A continuous stream buffer with a minimum width of 30 metres will be provided between the stream bank and the parking lot edges. This will in certain cases involve cutting back the edges of existing parking lots. The University will work with community partners to naturalize the buffer with native trees and shrubs”

May 2003 - An article in PIRGspectives (OPIRG McMaster) brings more attention to the expansionist parking plans of McMaster: “Despite the University's ‘Balanced Transportation Strategy’ stated goal of maintaining parking supply at the current level of approximately 4500 spaces, there are plans to build an $11.5 million parking structure on campus as well as plans for a parking area at Cootes and Olympic Drive in Dundas.” These projects never come through due to push back from Dundas residents concerned with loss of turtle habitat. McMaster eventually builds a satellite lot on Ward Avenue.

May 2005 - Article in PIRGspectives about McMaster parking and Cootes Paradise "Wondering Why the White Bus" - "it must be said, a lot of potential down there in zones 6 and 7. The flood plain, of course..." and mention of Campus Master Plan.

8 April 2009 - Randy Kay presents The History of Cootes Drive to Dundas Historical Society. "From the standpoint of Dundas this new highway was not a necessity" (Dundas Mayor Manning) - follow-up research on the history of McMaster's parking reveal that Lot M was until 1963 part of the RBG's Coldspring Valley Nature Sanctuary.

30 March 2011 - (e-mail response to RC from Terry Sullivan, McMaster Director of Parking) “We will be cutting back the parking surface perimeter several feet on the west end that will increase the buffer zone between the parking lot and the creek. More importantly we are committed to install a parking lot that is permeable...I think this will be a huge improvement in storm water management delivering less water runoff and that that is delivered to the creek will be substantially cleaner than it is currently done.
“the cutback this is around the perimeter that's associated with the construction site and not the entire Lot M. As we rebuild other lots we will likely apply the same treatment that we are testing on the reconstruction area.”

31 March 2011 - RESTORE COOTES sends our first letter to the University Planning Committee with the following recommendations:

1) Leave the parking area closed due to the construction of the CSO tank vacant as prime rehabilitation lands i.e. no overflow parking
2) Reconfigure remaining parking along the creek edge to create a naturalized 30m buffer in the short to medium term
3) Create a long range plan to phase out parking in the lots west of Cootes Drive.

10 May 2011 - Response from UPC is a pretty clear rejection of our suggestions:

“Unfortunately, the demand for vehicular transportation continues and the need for parking remains. We do, therefore, need to restore the parking Lot M. In doing so, we have changed the design of the lot to ensure compliance with our 30 m buffer zone policy and extended it beyond the previous lot-design. We have reduced the number of parking spots and as you recognize, we will be using permeable paving to reconstruct the lot.”

14 December, 2011 - First RESTORE COOTES “History Hike” into West Campus. Randy takes a small group of Undergrads for an inaugural history hike, first of many over the next few years.

9 March, 2012 - RESTORE COOTES’ follow up letter to UPC restates expanded goals for Lot M based on new information and interest from researchers at McMaster


it is our position that 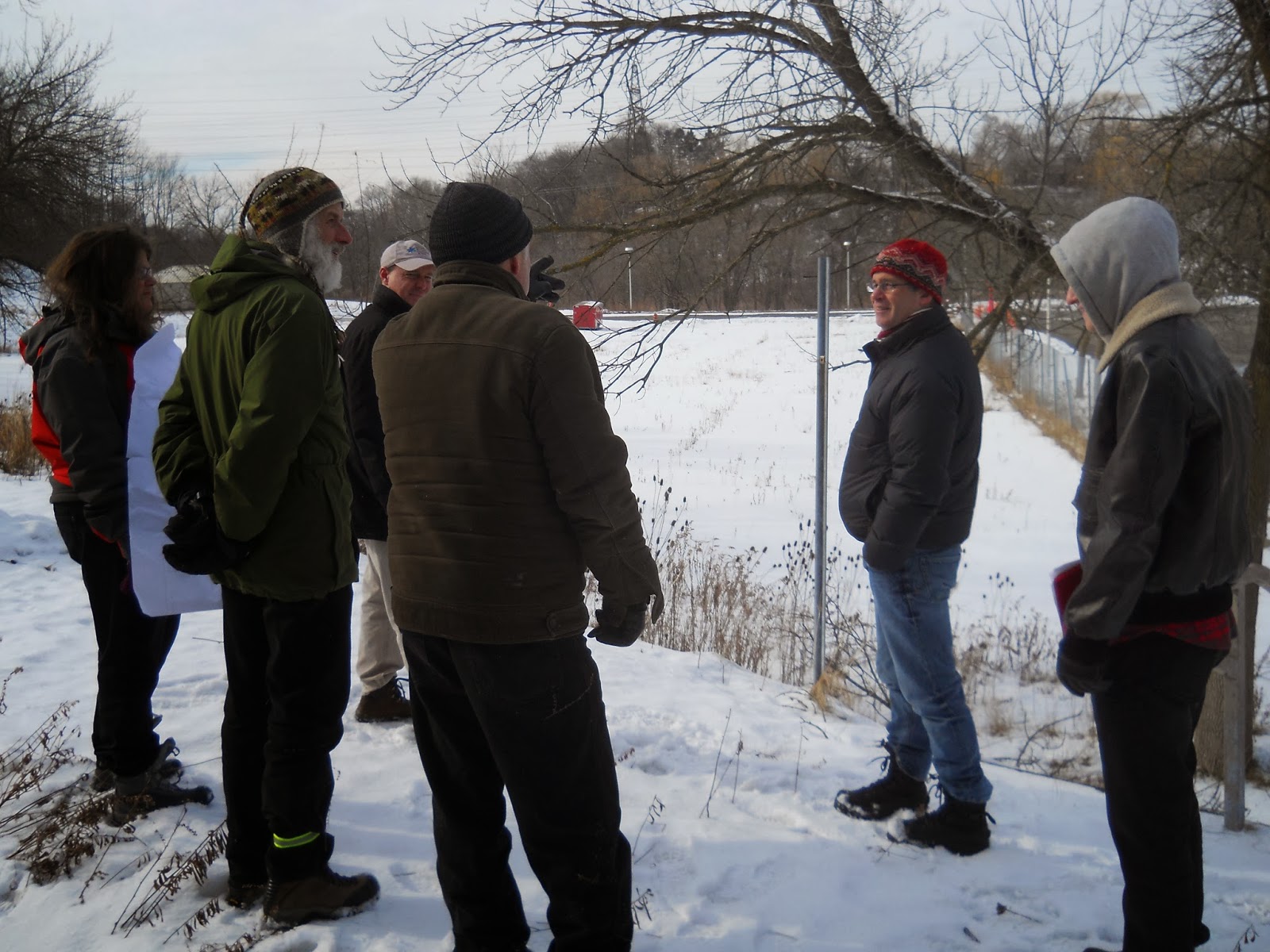 May 2013 - Forward with Integrity Grant awarded for McMarsh project to gather baseline data for a hoped-for ongoing project of rehabilitation in Lot M:


“Title: McMarsh – An Environmental Sustainability Research and Teaching Study
Applicant: James Michael Waddington, Jim Quinn, Susan Dudley, Chad Harvey, Nancy Doubleday, Daniel Coleman, Ken Cruikshank, Brian Baetz
Faculty/Area: Science, Humanities and Engineering
Summary: This study involves the acquisition of baseline hydrological data via the installation of groundwater and stream stage wells in parking Lot M to assess flow paths, pairing this with ecological studies of the area to determine species diversity, and researching the historical land-use assessment, land ethics and social policy to evaluate the past, present and potential (restored state) of watershed resilience in this area of the campus. The study will involve students and faculty from multiple departments and is intended to instill in students a sense of stewardship for the natural lands that form part of and adjoin McMaster’s campus.”

Several false starts and then this final false start:
August 5, 2013 - E-Mail from Terry Sullivan, Director of Parking to RC.
“The engineer is completing diagrams, which will be sent to Tender for a contractor and the work beginning mid September.”

April 2014 - 30m Buffer begins without any communication from McMaster. This is a very significant advance considering McMaster was initially reluctant to undertake it at all. We will now watch the progress and continue to support the creation of McMarsh in the section of Lot M closed since April 2009.

Leith Dodunski said…
Hey, you used to write wonderful. Maybe you can write next articles referring to this article. I desire to read more things about it! Best of luck for the next! Please visit my hardcoreconcretedesigns.com.au. Best Buy Outdoor Cooking Bench Perth service provider.