How many cities have portage points? 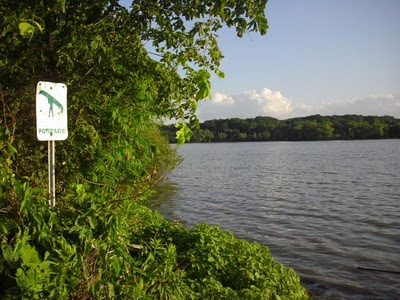 Between Cootes Paradise and the Hamilton Harbour, a few steps are required to get a canoe across by the Desjardins Canal. The juxtaposition of this ancient means of travel with the noisy and polluting traffic roaring past on the 403 highway always makes me imagine how much more beautiful and intact this landscape, this ecology, and our lives might be without such overbearing infrastructure.

July 23, 2018
A lovely butterfly garden is the perfect setting for this annual speaker series.
August 4, 2018, Guest speaker: Doreen Nicoll You cannot have Monarch Butterflies without milkweed.  Doreen Nicoll has recently become a heroine for monarch butterflies, by insisting on her rights to grow milkweed in her naturalized garden in Burlington.

Doreen  Nicoll has long understood that garden with nature and not against her is the best thing for our planet. She also knows that native plants are great at attracting butterflies and bees of all species.

Doreen will be the first presenter in the Summer Series at the Urquhart Butterfly Garden and her topic will be Monarchs and Their Milkweed and naturalized gardening. She has wealth of information and is fun as well!

The session will begin at 11 am Saturday on August 4 and last approximately one hour.  Please bring a chair.

If it rains the session will be cancelled.

September 10, 2018
We're going on a hike to introduce McMaster students (and any other interested participants) to this former RBG Coldspring Valley Nature Sanctuary and coldwater creek floodplain  - currently a parking lot - to examine the past, present and future of this place that is undergoing an important ecological transformation.
Tour Leaders Dan Coleman (English Professor and author of Yardwork: A Biography of an Urban Place)Randy Kay (Restore Cootes)Judy Major-Girardin (School of the Arts)
1 comment
Read more

May 07, 2012
By fragmenting the western end of Cootes Paradise with a four lane highway (Cootes Drive 1936) and McMaster parking (1969), car drivers gain at the expense of intact habitat for a multitude of species. Road kill on Cootes accounts for a severe threat to the survival of at risk species, and perhaps none so glaringly as the slow moving turtles who inhabit the remnant marsh.
A local volunteer group has, for the last few years, formed to assist the turtles and increase awareness, and (hopefully) survival rates.
Please consider giving some of your time to the turtles of Cootes Paradise.
April 2012

Turtles will begin to move from their wintering sites in late May and their peak nesting period is mid-June. Dundas Turtle Watch identifies, monitors and rescues turtles at risk from traffic, and protects nests from predation wherever possible.
The group  is  looking for people with a digital camera  who are  prepared to volunteer regularly, for approximately 2 hours week, plus some record keepin…
Post a Comment
Read more