no place for no plan 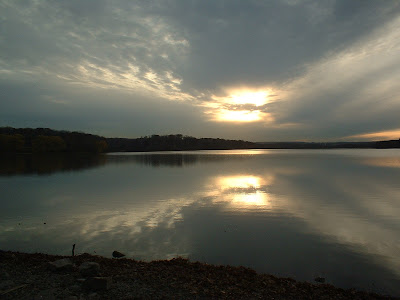 The East end of Dundas has had a beautiful and sustainable vision presented as a possible future, but people keep lobbing new and incompatible projects into the area. Will we really want more parking lots in the area of the historical Desjardin's Canal, and Cootes Paradise/West Pond and Royal Botanical Gardens land for this Velodrome?

A proposal to move the Pan Am velodrome to Dundas has provisional backing by two city councillors.

Terry Whitehead and Russ Powers say the idea of shifting the $11.4-million indoor cycling track could help resolve the dispute with the Ticats over the city's west harbour site.

Meantime, a Dundas soccer official was surprised to read the area could lose a playing field at Olympic Park to the velodrome.

Whitehead and Powers agreed the body that wants the move, the National Cycling Centre Hamilton (NCCH), has done its homework in coming up with ways to make the facility sustainable.

NCCH head Andrew Iler said the cycling centre board could find few positives in a facility at the west harbour.

"They have spent over $100,000 on studying how to maximize use of the facility," said Whitehead.

In fact, he noted the NCCH has done much more detailed analysis than the Tiger-Cats have of stadium locations.

"It's been two years and the Tiger-Cats haven't come up with alternatives."

Whitehead agreed with Iler's idea of moving the velodrome to free up about 2.4 hectares in the west harbour for parking to satisfy one of the Tiger-Cats complaints about the location.

He cautioned that part of Olympic Park is on a landfill site that would require testing and analysis.

Powers said the 2.4 hectares the velodrome move would yield might be put to better use while the cycling community could concentrate track, road and mountain biking training more easily in Dundas.

The Dundas area councillor, who studied the national cycling centre in Manchester, England, believes Hamilton could take some aspects of that model and create an economically-sustainable velodrome through school, recreation and elite programs.

But he noted the city is about to pick a consultant to provide its own business plan for the velodrome at west harbour.

Powers called for that back in February when the Bay and Barton streets site was approved for Pan Am facilities.

It is due in July and, he pointed out, might confirm another use for the west harbour velodrome site.

"Hamilton and District is short by 19 fields."

But he said speaking as a resident, if a field could be found elsewhere, he'd welcome a sports gem like a velodrome to the community.

"Who's going to argue with that?"