The birders, participating in the local count for the Hamilton Naturalists Club (HNC), walked 198 kilometres last year to tally 64,054 birds.

But Tom Thomas, the HNC's count co-ordinator, says the counters may cover less distance this year. "Urban sprawl" -- subdivision and road construction within the designated 24-kilometre radius for the count centred on Dundurn Castle -- has steadily reduced grasslands, fields and habitat. 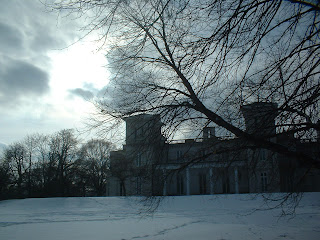 "The owlers (those who count owls) have a tough time hearing the birds because of traffic," Thomas says.

Nevertheless, he expects 70 or 80 counters to turn out for the species count on Boxing Day for the challenge of finding birds, a walk in the fresh air and a love of the environment in the field.

Begun in 1921, the Hamilton count is part of the 109th annual count for naturalists across the continent. The annual one-day count is done between Dec. 14 and Jan. 5.

Forty Ontario Nature member groups will participate across the province this year.

The event began in New York in 1900 when ornithologist Frank Chapman, editor of Bird-Lore magazine, suggested naturalists count birds Christmas Day instead of gathering and shooting them, which had been the prevailing tradition. The idea took hold instantly.

Today there are more than 2,000 individual counts scheduled throughout North America. The data collected has been invaluable for the study of species risk and is used by biologists around the world to monitor the populations of North American birds.

Thomas notes the Hamilton count has been seeing record numbers of common garden and woodland species. They've noticed warblers "staying over" as temperatures during winter have warmed.